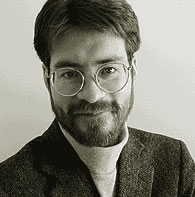 Kent Lew
Kent Lew began a career in graphic design back in the 1980s while supporting himself through college. After completing his studies in painting and art history, he continued to practice design on and off. In between, there were stints as an art store manager, a baker, a product development director, and even some time spent living in an ashram, before he returned to the work he enjoys most.
Now, Kent is a freelance book designer, type designer, and would-be type historian, working out of his home in the Berkshires of western Massachusetts. Coming from a family of writers and editors, it seems inevitable that he would gravitate toward the design of words and text. His primary interest lies in text typeface design, drawing heavily on his own experience specifying and setting type, and he is greatly influenced by the work of mid-20th century designers like Dwiggins, Ruzicka, and Blumenthal.
Kent’s first full typeface design, Whitman, was awarded a Certificate of Excellence in Type Design and a Judge’s Choice by the Type Directors Club in 2002.
The Know How section offers detailed background knowledge to deal with all enquiries about the use of fonts.