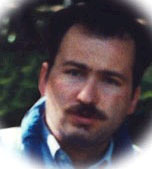 Emo Risaliti
Born in Prato outside Florence in 1959, Emo Risaliti lives and works in Agliana near Pistoia. He graduated from the Academy of Fine Arts in Florence, and began work as a graphic designer and freelance illustrator in 1977. From 1981 he has occupied himself with coordinating graphic images for packaging, editorial planning, and promotional campaigns for public utilities and private companies. He has dedicated himself particularly to the creation of posters and other forms of design for social and cultural initiatives. He has worked with publicity agencies as a creative advisor. He took a break as a cartoonist from 1979 to 1982, publishing the cartoon review Humido. He has participated in a number of exhibitions, culminating in 1994 at Vaiano in a one man show on his production of posters, called “A Manifest Destiny”.
The Know How section offers detailed background knowledge to deal with all enquiries about the use of fonts.