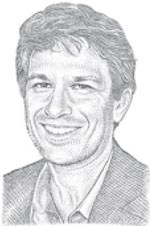 Matthew Butterick
Born in 1970. After abandoning his study of Mathematics, Matthew Butterick discovered an interest in graphic design, type design and programming. He later worked for Font Bureau and Carter & Cone, as well as for clients like Apple Computers, Esquire, Microsoft, Rolling Stone and Ziff-Davis. He is the founder of Atomic Vision 1994, a studio whose support in Design and Technology tenders for projects such as websites, CD-ROMs and interactive presentations.
The Know How section offers detailed background knowledge to deal with all enquiries about the use of fonts.