The Gutenberg-Jahrbuch is the main international publication of the publishing world par excellence, and is characterised by its wide range of subject matter – it contains a plethora of valuable content ranging from early printing through to today’s book industry.
The multiple award-winning Malabar font (TDC2 winner for 2009, ED-Award 2009, German Design Prize for 2010), issued in 2008 by Linotype, is a text font which is particularly suitable for scientific publications due to its easy legibility.

Purchase this book directly from the Amazon.com bookshop

Here are a few details from the Gutenberg-Jahrbuch, in which Malabar is put to good use.

This year’s Gutenberg yearbook book jacket was designed by Marcus Blättermann, a student of Prof. Georg Barber at Burg Giebichenstein in Halle. The Gutenberg yearbook itself is designed by Prof. Ralf de Jong, Essen. This year’s Gutenberg yearbook is set in several fonts from the Malabar™ typeface, some of them off-the-shelf, some of them custom.
Professor Ralf de Jong hit upon the idea of using Malabar as the type design. Gill Sans® Light with medieval characters was used for the captions. Malabar has replaced Aldus® Nova and Palatino Sans® and will also be used for the 2011 Yearbook.
Here is an extract from an article in the yearbook about Malabar, written by Professor Ralf de Jong: “While Malabar immediately suggested itself as the choice for the Yearbook, there were, as expected, problems in the first typesetting trials. For a font is never just good ‘per se’ - it has to be convincing in a particular context. And the Gutenberg Yearbook is not necessarily the ideal setting for a newspaper font: The colour of Malabar, which is in any case strong, became too dark in the typesetting, the type face became monotonous. The large line spacing, reinforced by the strong line-forming effect of the series, caused a pattern of stripes in the column. Only the footnotes worked fantastically well right from the start: The presentation of large areas of text in narrow columns in small size is a particular strength of Malabar.
Here once more the professionalism of the designer became apparent. He offered to draw a lighter pattern with strongly pronounced upper and lower lengths for the Yearbook - upright and italic, with the small capitals we urgently needed at the time. After a few tries the stroke width was confirmed - a medium weight, which should also work later in business. It combines the space-saving of a newspaper font with the light friendliness of a book font. It did not become apparent until after the type area had been comprehensively adjusted, how much text fits on a page with a spacious layout with generous white spaces: this is one reason why the present volume has turned out relatively slender compared to its immediate predecessors.” 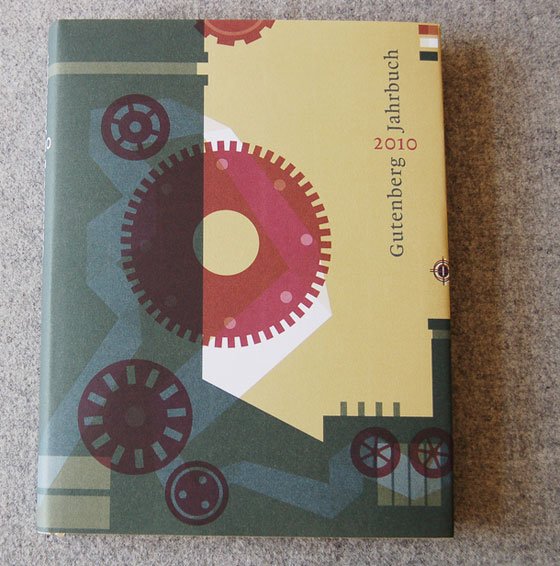 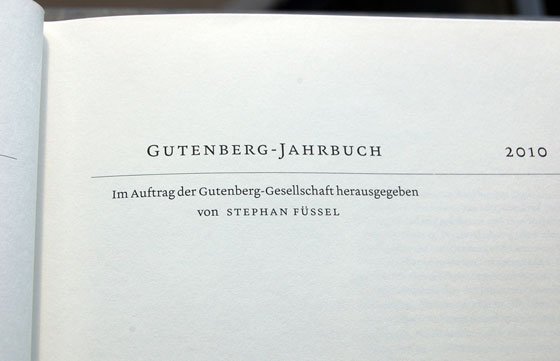 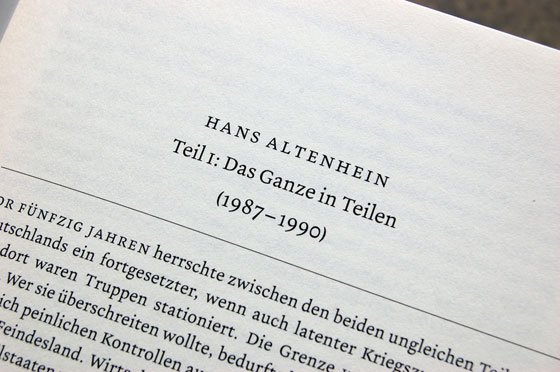 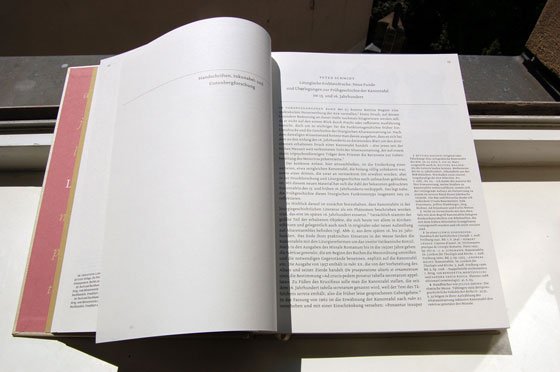 A section opens. The book’s side notes are set in the off-the-shelf Malabar Regular, which has been for sale at Linotype for over a year. The main text of the book is set in custom Book fonts that are not yet in distribution 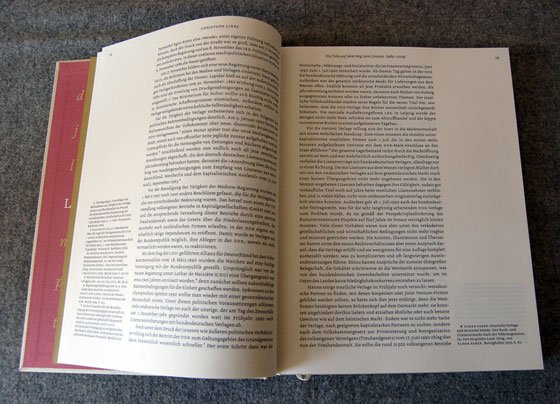 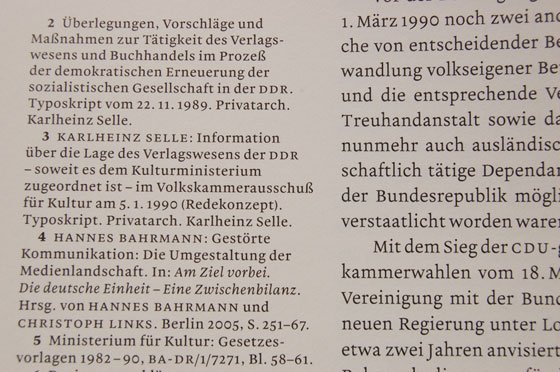 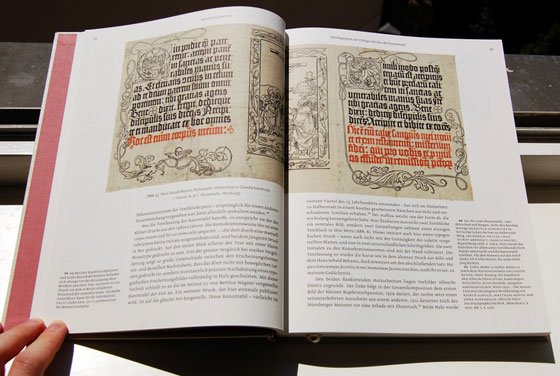 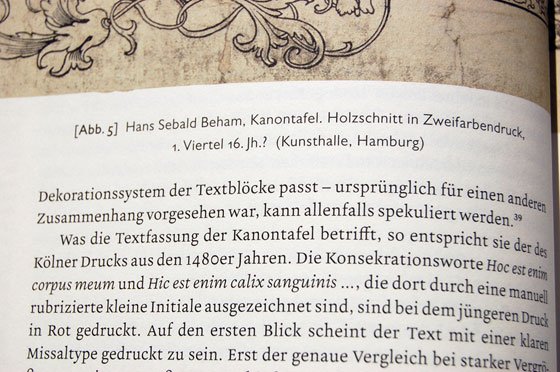 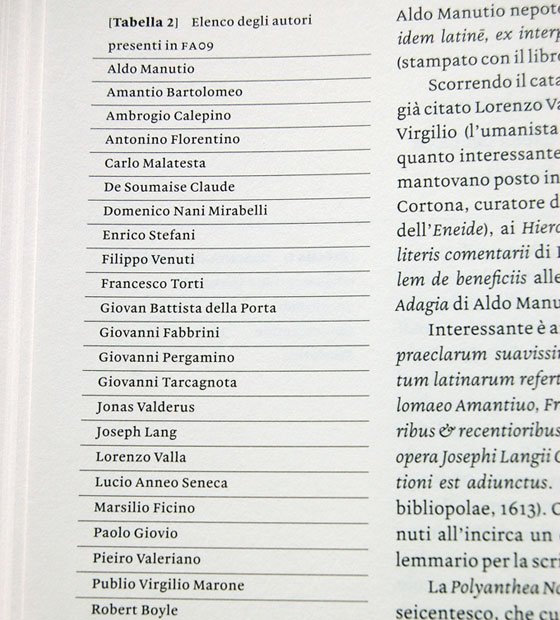 Name table to the side 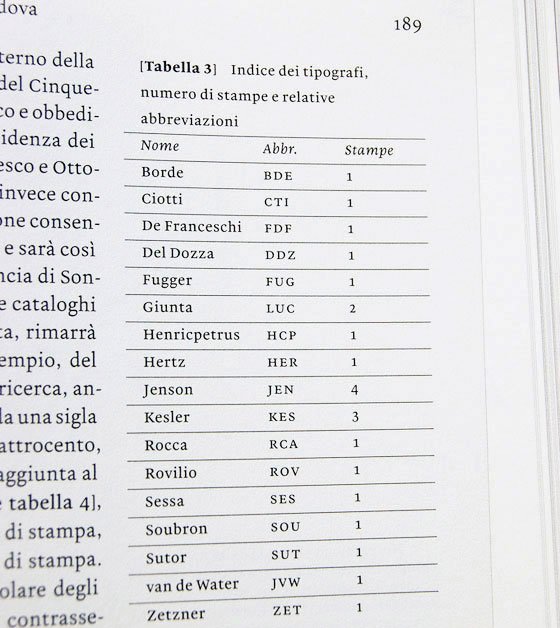 Table in the margin 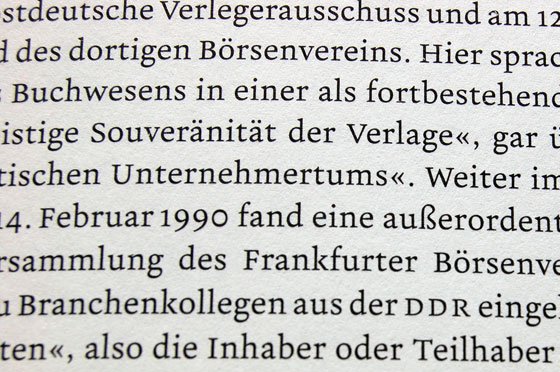 Article text, with some small caps and oldstyle figures 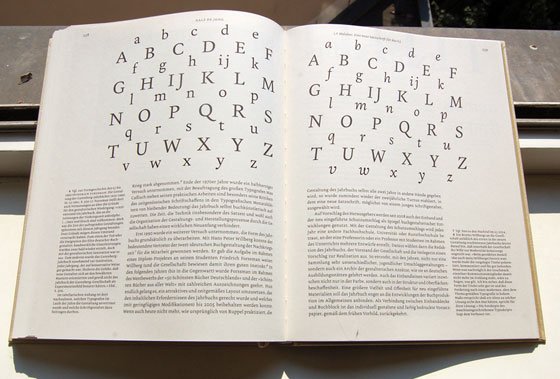 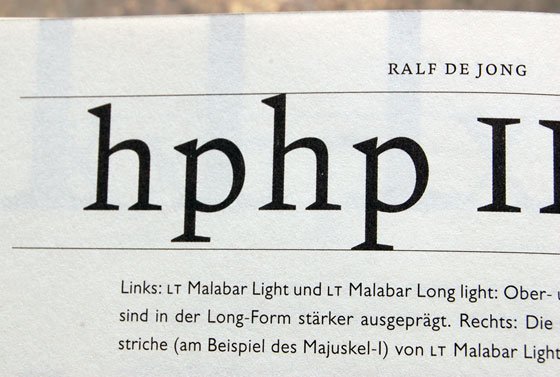 Malabar extenders. Ralf de Jong compares two different cuts of the custom book face that the designer Dan Reynolds delivered: one with the same proportions (vertically) as the rest of the Malabar family, and another with longer ascenders and descenders
The Know How section offers detailed background knowledge to deal with all enquiries about the use of fonts.