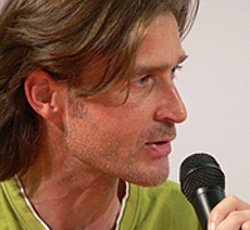 The well-equipped sans serif family Finnegan was published in 1997 and is one of your early designs. Even at that time, your focus was the creation of easily legible and comfortably structured font families. Was achieving this in a modern sans serif a particular challenge for you?
Of course, since Finnegan was my first font design. It all started with a little exercise in font drafts during my graphic design studies. From the very start, I became interested in the entire concept of a large-scale font family. Naturally, I wanted to do something modern, and the market for sans serifs, which were suited to the comfortable reading of longer texts, was relatively small back then. There were the Today Sans, Legacy Sans, Syntax, Stone Sans, Formata, Quay Sans, Polo, and the Scala Sans. The last one seemed too much like Garamond, to me the influence of Polo was visible in Meta, which quickly dominated typography in the 90s. Then Thesis came along. In the 90s, it was not easy for complete beginners like me to find their niche in this environment. The digital age had already reached its high point, but I could not react as quickly since I was still a student. I didn’t want to copy something else, and as for the experimental fields of the Techno and Grunge period, which was tempting because things were “sampled” wildly, but I didn’t really want to go down that road.

My goal was to design a friendly and pleasant reading font …
So, I didn’t lose sight of the contemporary font designs, but I didn’t adopt them, either. Instead, I studied the humanist Antiqua fonts and attempted to pour my experiences and knowledge into a unique sans serif. My goal was to design a friendly and pleasant reading font. So I tried to lend a written style to the forms, which really recalled the Grotesque fonts at the start. All this on the monitor, however. I believe I was successful in creating something that is original but still appears timeless to this day. I won a Certificate of Excellence in Type Design from ATypI, which only confirmed my efforts and strengthened my resolve.
Inspired and completely satisfied with my début work, I managed to quickly take on one of the biggest challenges, namely the design of a telephone book font as a commissioned work from The Foundry in London. The product was my second original font design (Yellow), which quickly won prizes, as well. Here also I could have copied one of the tried-and-true fonts, which would have been a lot easier. But I chose to do my own concept. A lot of what I learned during the development of Finnegan is in there. And without the experience of Yellow, there would have been no Agilita. My draft for the telephone book font was suited only to vertical reading, i.e. column entries. Agilita, which came later, was aimed at horizontal reading. Finnegan in application (from the work federation catalogue “Kampf der Dinge”, “The Battle of Objects”). 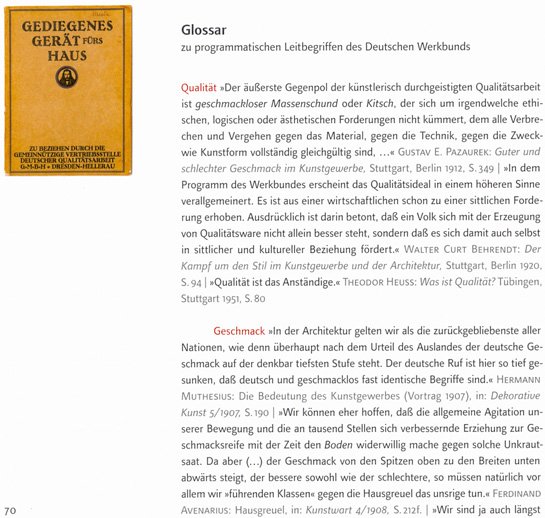 Finnegan in Use (from Werkbundarchiv Katalog „Kampf der Dinge“)

When one looks at your other designs, the energetic Balega from 2002 has a completely different character – it resembles fat stencil lettering. What inspired you to create this font, which is best suited to headline and poster fonts?
Balega is a “cover version”, as they say in pop or rock music, of a font named Resolut, which came from Nebiolo in Turin in the age of lead typesetting. For me, it was purely a “creative exercise” in the middle of the comprehensive work on Agilita, which had already started at that time. It reminded me somehow of the fat sound of a Jimi Hendrix guitar. I did not simply digitize the original design. Instead, I traced them freely on the monitor while looking at a 22 point picture of Resolut in an old font sample book. Several letters were missing from this design. I improvised them and a few other characters. Balega is a little narrower and has a smaller slope. It’s a reinterpretation, maybe similar to what the Swiss guitarist Christy Doran did with Hendrix in 1994. 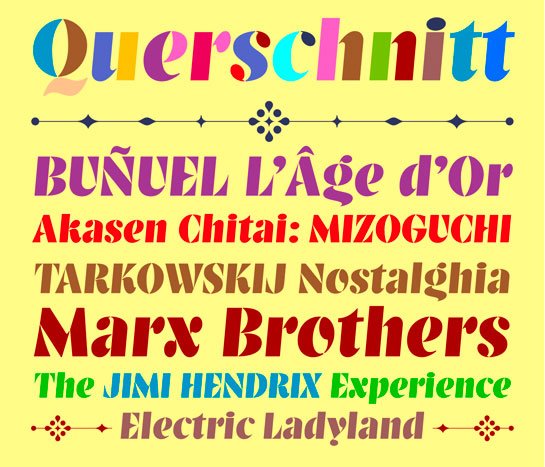 In 2006 you designed Agilita, which is particularly well suited to demanding quantities of text like dictionaries and lexicons and for captions. How difficult is the creation of such a complex, well-equipped family?
In the case of Agilita, fairly demanding. Because, the many styles were not created via interpolations of two extreme styles on opposite ends of the scale. The complex expansion was not planned like that from the beginning, but came about gradually as I noticed that the font forms had the potential there for that.

Finnegan was lacking in a light style‚ so I made one for Agilita …
After I designed an extra bold style by hand (what is now the heavy style) and digitized it, I thought that I might be able to go even bolder. So I took some pleasure in designing an additional black style. This one had its own visual system of rules, which made it too extreme as a pole for interpolation. Finnegan was lacking in a light style, so I made one for Agilita. My final draft (also by hand) was in a normal stroke width. This meant another, lighter draft, and then I wanted something very light, and the normal style was not suited as a pole for interpolation either.
On the lower end I went with a stroke width of 16 units for the ultrathin style, which is somewhat extreme. The light style, by comparison, has 72 units. After I finished the ultra thin and tested the fascinating result, I wanted to know for sure: when it gets thicker as you go up the scale, it gets even lighter as you go down! I found out that four units for the weight of a hairline style are the minimum in order to still be able to draw and still go down to three units for some letter segments, which was necessary for visual reasons. Any less than that is impossible. Never mind the fact that hardly any output device can produce these fine strokes in the normal sizes. Making font samples on the Internet like this would be extremely tricky, a nightmare for a font engineer. The hairline style is four times thinner than the ultra thin – you can practically take the ultrathin as a strong style! Assuming the font size is large enough. Instead of doing a generic interpolation of all the intermediate styles, my goal was to lend the individual styles their own character. You can see this on the different i dots; unity doesn’t dominate the family, each member has its own personality.

Just like in real life. What if someone needs italic for the hairline style, or small caps? No matter, the challenge was not yet over. For this reason, I restricted myself to the more conventional weights for the condensed variants. The very light Agilitas are very popular. Personally, I like the black style a lot. 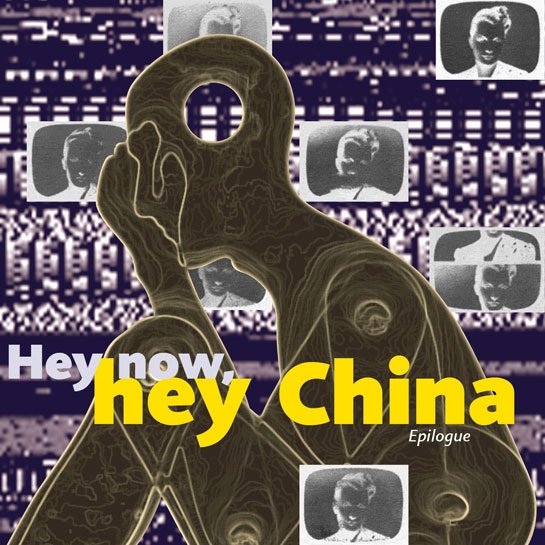 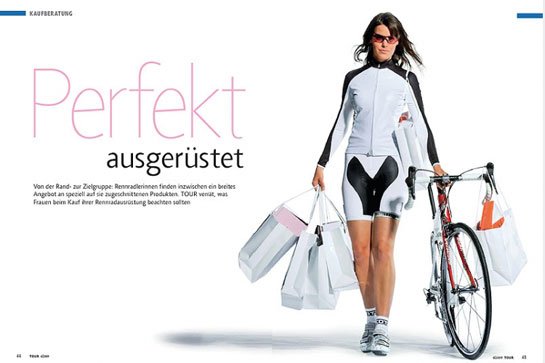 Editorial design for a bike magazine

In 2010 and 2011, you started to design the Mantika font system, which now consists of the Mantika Informal and Mantika Sans, and will be expanded by a new family soon. What were the particular challenges for you during the conceptualization and creation of that type of font system, coordinated one after another?
When I started with Agilita, I also started to do an Antiqua font. It ended up in the drawer for all those years, however. Once Agilita was finished and published, I pulled out that draft and redesigned it as a new sans serif – this time, right on the monitor. This was the birth of Mantika Sans. Since it came from an Antiqua, however, I thought from the very beginning of a font family with a lot of stylistic diversity – the variation of a theme that I would change for every new result. I developed another serif font from the Mantika Sans, and another sans serif from that. Mantika Informal is the only one of these variations to be published yet; it resulted from the italics of the Mantika Sans. This italic had such potential on its own as a pure reading font that I thought it could stand on its own. Since I was doing some research in the area of fonts for beginning readers, I got the idea for this, more informal font, which recalls the old reading primer fonts a little. It is a lot more modern in its design, however, so it can be used for completely different purposes.