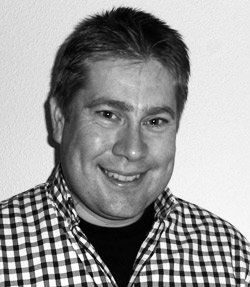 Anders Francker
Anders Francker – Danish engineer and typeface designer. Born August 12th 1972 in Glostrup, Denmark. At an early age he became interested in letters and numbers when looking at road signs, number plates, newspapers etc. In 2001 he first read about font creating software on the Internet and thought that it could be fun to make his own typeface. With no formal background from a design school but many years of drawing and painting experience from his spare time and professional work, he decided to think about how this new typeface should look. Inspired by other typefaces and with a knowledge about mathematical shapes and relations, he started to do some sketches of a font family which was released by Linotype in 2010 under the name Francker™.
When not designing typefaces Anders Francker works as an engineer doing technical drawings and mechanical development.
The Know How section offers detailed background knowledge to deal with all enquiries about the use of fonts.