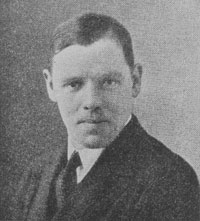 Frederic Warde
American printer, typographer and type designer Frederic Warde (born 1894 in Wells, Minnesota, USA, died 1939 in New York, USA) created the font Centaur®. Bruce Rogers originally designed the exquisite, classical Centaur for the Metropolitan Museum in 1914. The forms are based on those of the famous Renaissance printer Nicolas Jenson. The italic, designed in 1925 by Frederic Warde, was originally called Arrighi. Warde modelled the italic forms on the Italika of Ludovico Vicentino, a 16th century typeface. The capitals are more freely formed. If they had been based on the Italika, they would have been vertical. The elegant and harmonic Centaur was produced for Monotype. This modern, American book typeface is good for both long texts and headlines.
The Know How section offers detailed background knowledge to deal with all enquiries about the use of fonts.