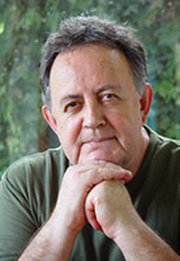 Luis Siquot
Graphic designer Luis Siquot was born in 1945. He studied film, architecture and modern literature in Córdoba between 1964 and 1968 and won first prize in various design competitions. In 1965, he moved to São Paulo, Brazil for one year and worked at Editora Abril, where he learned magazine design. Two years later, he won a scholarship to study at the Ulm School of Design in Germany, but the school closed the next year. Towards the end of 1969, Siquot traveled to Germany nonetheless and used the scholarship to study Visual Communications at the University of Fine Arts Hamburg between 1970 and 1975. Some of his unpublished or unfinished fonts emerged during the period from 1968 to 1989. In 1991, he worked in Valencia, Spain and began to design digital typefaces. Today, he lives in Córdoba and gives private lessons in graphic design and typography.
The Know How section offers detailed background knowledge to deal with all enquiries about the use of fonts.