Linotype’s Waza™ script face is a refreshing copperplate-style script font. A formal kind handwriting that is often associated with England, the copperplate script occasionally appears a bit too formal or old fashioned. Waza kicks up the volume with a very seductive design, bringing you a 21st century chic. 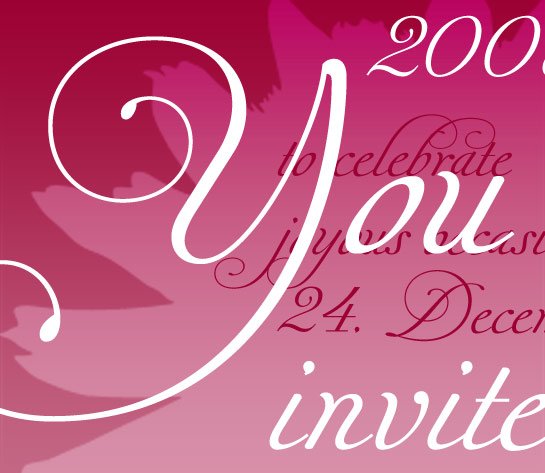 Waza comes to us from Franciszek Otto, a designer and design teacher in Poland. He was inspired to draw Waza by letters in a Wilhelm Hondius (Hondt) etching. Hondius was a Dutch court engraver for the Polish king, Ladislaus IV (Wadysaw IV) of the Vasa dynasty. The decorative character of the engraved script in the etching displays Hondius’s calligraphic skill. The tangle of the flourishes in the capital letters, as well as the decorative lengthening of ascenders and descenders in the lowercase, contrast ideally with the rhythmic 30-degree slant of the design. Reviving a centuries-old handwriting style is similar to playing ancient musical instruments. Just like replaying Baroque pieces with period instruments, setting text with Waza is an attempt at historical recreation.

Waza includes a set of alternative capital letters that have been deprived of ornaments; these allow the setting of proper Roman numerals, e.g., Wladislaw IV.
Let the outstanding quality of this typeface convince you.
Download a printable sample of Waza as a PDF.
Categories