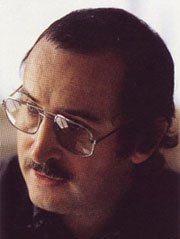 Karl Gerstner
Karl Gerstner (born in Basle in 1930) is a Swiss graphic designer and a leading figure of Schweizer Typografie. In the 1960s, Gerstner studied at the Allgemeine Gewerbschule in Basle under Emil Ruder. Together with Markus Kutter he founded the advertising agency Gerstner + Kutter in 1959, which subsequently became “GKK” after Paul Gredinger joined the agency in 1962. For many years, “GKK” was one of the most successful agencies in Switzerland. Among Gerstner’s most celebrated work is his 1963 book “Programme entwerfen” (“Designing programmes”). His design collection was incorporated into the Prints and Drawings Section of the Swiss National Library in 2006.
The Know How section offers detailed background knowledge to deal with all enquiries about the use of fonts.