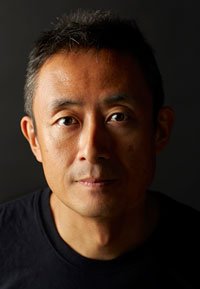 Akira, when and how did you discover your passion for designing fonts?
I think it was in the early 1970s, when I was a 12- or 13-year-old. Drawing pictures with pencil and watercolors fascinated me and I loved drawing posters for school events and other festivities. On one occasion I designed a poster with a beautiful font that struck me as much better than my previous designs.
I then realized that a poster is more than just a piece of art. Because posters or placards are intended to transmit messages expressed by printed words. Illustrations may render posters more beautiful or attractive, but their function is really expressed by the written information they present.
I later started to teach myself in drawing fonts. In those days, I was not aware of the term “Lettering” and I also did not know that textbooks were available on this topic in bookstores. To practice fonts, I used Kanji letters to create headlines for newspapers.

Could you name us some of your favorite fonts?
All the fonts by Hermann Zapf and Adrian Frutiger, from whom I learned a lot. But I also have thousands of favorite fonts.

First drafts
Did you allow other fonts to influence you?
No.

What was the greatest challenge facing you as you designed the Between?
The three styles have common weights, but different character widths and shapes, of course. It was not so easy, however, to achieve a common grey tone and a flowing rhythm.

For what applications (posters, text, newspapers, advertising etc.) would you recommend the Between as best suited?
For advertising, posters and catalogues. Between 1 and 2 are also attractive for typesetting.

Could you also imagine that your font family might be mixed with other fonts? If yes, what would these fonts be? Fonts that you designed yourself and/or also fonts by other designers?
Style 1 will match quadratic sans serif fonts, such as Eurostile and Verdana®, nicely. Using DIN Next™ for the heading and Between 1 for typesetting can also be recommended.
Style 2 will match neutral humanistic sans serifs well, such as Stone® Sans and Frutiger®, also Frutiger® Serif.
Style 3 will suit humanistic sans serifs such as Frutiger nicely, but also casual writing fonts like Comic Sans®.
This is clearly illustrated in this PDF document showing a diversity of combinations of fonts.