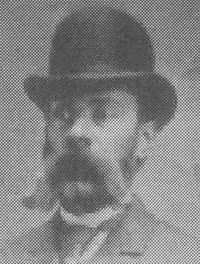 Hermann Ihlenburg
Hermann Ihlenburg (born 1843 in Berlin, died 31. 7. 1905 in Philadelphia) designed the font Isabella in 1892 for MacKellar, Smiths and Jordan, one of many type houses that were later amalgamated into American Type Founders. As testimony to its long-lived appeal, Isabella was one of the first PostScript® language typeface releases (in 1988) of Agfa Compugraphic. With its unmistakable 19th-century characteristics – swirls, loops, and surprising letter shapes – Isabella is a natural for display situations that demand high drama or, dare we say, melodrama.
The Know How section offers detailed background knowledge to deal with all enquiries about the use of fonts.