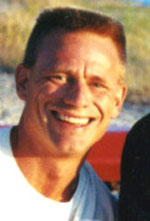 Steve Matteson
Steve Matteson is the creative type director for Monotype, and is a type designer, historian and letterpress printer. He has designed more than 80 typeface families including brand families for Toyota, Microsoft and Google, as well as for the Monotype Library, include a dozen revivals of Frederic Goudy‘s typefaces.

He attended the Rochester Institute of Technology’s School of Printing, where he was steeped in typography, calligraphy, design and fine printing, and learned a dedication to high quality craftsmanship.

In 1990 Steve worked with the team that made Microsoft’s first TrueType fonts and opened Monotype’s first office in California. A dedication to making best-in-class typefaces for digital environments has put his work in most eReader products, mobile handsets and very prominently on the web – his Open Sans family has more than 29 billion page views per week.

In 2012 Steve worked with MIT’s Agelab to understand if typeface design could impact the time a driver has their eyes off the road. The resulting legibility study has informed designers of auto and aviation user interfaces in ways to optimize their typographic displays.
The Know How section offers detailed background knowledge to deal with all enquiries about the use of fonts.