Designed by  Alessio Leonardi in 1994

Supports up to 69 languages.

Supports up to 10 OpenType features. 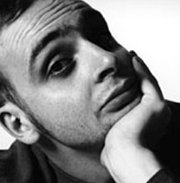 Alessio Leonardi
Alessio Leonardi was born in Florence, Italy in 1965. He is a font and graphic designer. He moved to Berlin in 1990 and worked with Erik Spiekermann at MetaDesign for two years. After this, he co-founded the design studio Leonardi.Wollein. He has run the Lion&Bee studio with his wife Imme Leonardi since 2005. He is also co-founder of the font label Face2Face, along with Alexander Branczyk and other designers. In 2002, he founded the company BuyMyFonts, which creates custom typefaces and distributes existing fonts. In addition, he writes articles for national and international design magazines and speaks at conferences and institutions. In 2004, he wrote the book “From the Cow to the Typewriter: The (True) History of Writing”. The book “A Line of Type - 120 Years of Typographic History”, written with Jan Middendorp, followed in 2006.
Show more
Hide

CoolWool is a trademark of Monotype GmbH and may be registered in certain jurisdictions.