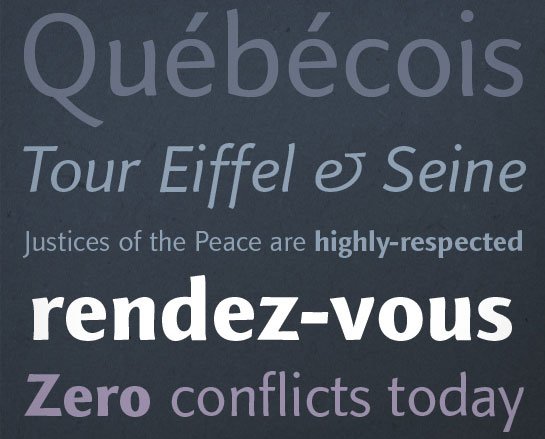 German designer Jürgen Weltin designed Finnegan, a modern text design with roots in the humanist letterforms of the Renaissance. As the recognizable direction of movement in writing runs from upper left to lower right, Weltin mimicked this in his design: Finnegan’s up and down strokes end in residual serifs. All of the thick strokes have a taper; horizontal strokes and curves are noticeably thinner than the verticals. This dynamic nature lends a combination of individualness and energy, along with a high degree of variety, to Finnegan.
Finnegan is a wholly new and unique typeface. It distinguishes itself through its extreme legibility, originality, and formal excellence. Finnegan makes it fun to read longer texts non-stop. However, the typeface never distracts the attention from the text’s content by forcing itself too much into the foreground. 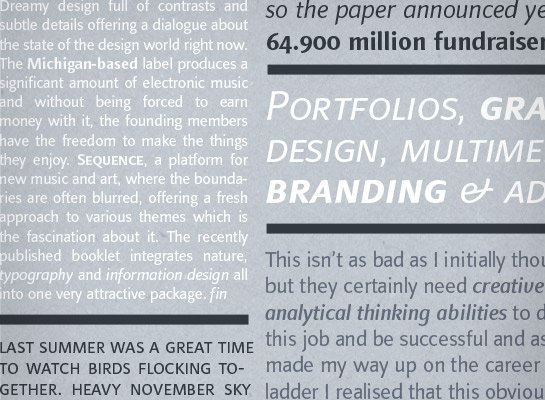 Let the outstanding quality of this typeface convince you.
Download a printable sample of Finnegan as a PDF.
Categories