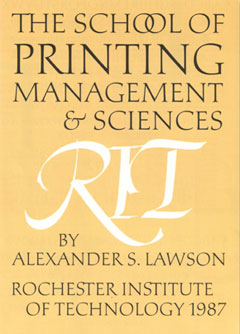 Palatino nova Titling in the design of a book jacket for a publication by Professor Alexander S.Lawson. Note the use of ligatures in the 1st and 7th lines, and the alternate versions of the letter U, letter R and letter W