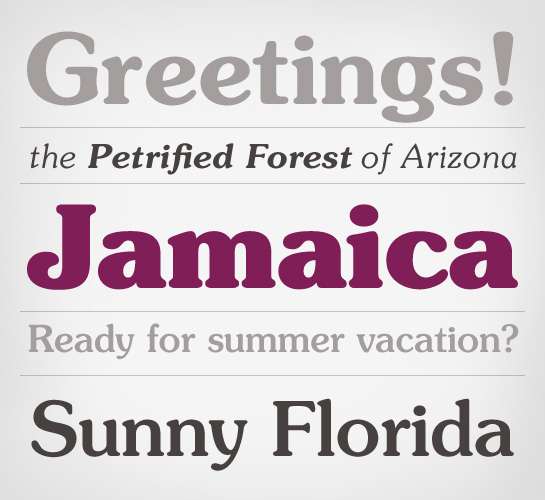 Souvenir® font was originally drawn by Morris Fuller Benton in 1914 as a single weight for the American Type Founders company. It was revived in 1967 by Photo-Lettering and optimized for phototypesetting equipment. ITC was formed in 1971 and, with the help of Photo-Lettering, introduced ITC Souvenir as one of its first font families. ITC Souvenir® font was designed by Ed Benguiat and comes in four weights, each with a matching italic. 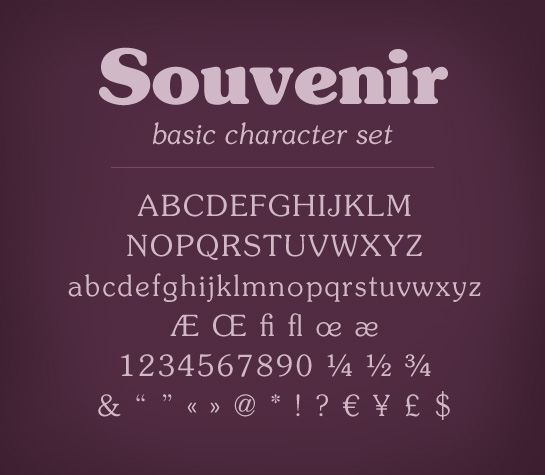 Let the outstanding quality of this typeface convince you.
Download a printable sample of ITC Souvenir as a PDF
Categories