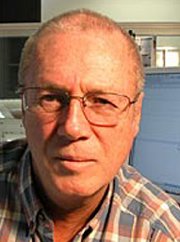 Russell Bean
Russell Bean was born in 1947 in Parkes, New South Wales, in Australia. He began his career in an advertising agency in the early 1960s. He worked as a typographer, lettering artist, font director, logo designer, teacher, director of typographic operations and graphic designer. In the early 1970s, he designed Virginia™, which he submitted for the Lettergraphics International Alphabet Design Contest and won. In 1973, he introduced his second font family to the market, Washington™. On the way back to Australia, he teamed up with a colleague to form a design and art group in Sydney that focused on the thriving advertising industry of the time. Bean adapted quickly to the technological shift to computers in the 1990s. Some of his most famous works are found in well-known Australian symbols, such as the national airline Qantas, other smaller airlines, insurance companies, websites and supermarkets. He was also active on the committees of the Australian Type Directors’ Club and the Australian Graphic Design Association and wrote for publications in the graphic design scene.
The Know How section offers detailed background knowledge to deal with all enquiries about the use of fonts.