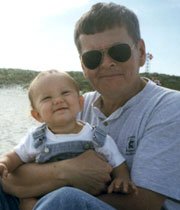 George Ryan
I am a Type Designer in the Font Development department at Monotype Imaging.
I have an Associates in Commercial Art and Certificates from BU Corporate Education Center dealing with their Client Server Application Development program.

In 1978 I was running the production side of a quick print shop on Long Island when I decided it was time to go job hunting. I went on one interview (only one) at a place called Mergenthaler Linotype and was hired as a ‚letter drawer‘.
After four years there I moved to Boston to work for a startup foundry operation as a designer. The name of that foundry was Bitstream although at that time it had no name.
At Bitstream I was a Designer, manager and then Director of Typographic Production.
After 13 years some of us left Bitstream and started our own foundry operation,
Galapagos Design Group. In 2003 I left there and came to work at Monotype Imaging.

Since the early 80’s people who draw letters have been called ‚designers‘.
Truthfully, I prefer the name we’d had a Mergenthaler, ‚Letter Drawer‘. I‘ve always felt that title marked me as a craftsmen and at Mergenthaler I was taught by a master
craftsmen by the name of Oleg Kastorsky.

Over the years I‘ve drawn many original typefaces but the ones I like the most are Oz Handicraft, ITC Kristen™, Givens Antiqua™, Wedding Singer™ and Koorkin™.

I was born in 1950 on Long Island and lived there until I was 28 when I moved to Boston, MA. After high school I spent three years in the Army before going to college in 1974.

Read also the interview with George Ryan on the next page!
The Know How section offers detailed background knowledge to deal with all enquiries about the use of fonts.