Home
Know How
Learn about Type

Space is as important in printing as rests are in music. It is as much a tool in layout as other devices such as rules and boxes; it helps if you can think about it the same way.

Don´t be afraid of space: use it to enhance the layout and show the contents of the page to the best advantage. Readers are much less likely to complain of wasted white space than of material that is so crammed together that it is unreadable and off-putting.

While space is a very potent device for aiding comprehension, it is equally damaging if used unwisely. For example, if a column runs short it is better to leave all the space at the bottom ot the column rather than space it out to fill the depth. Spacing to fill the column is not only unsightly but changes the "color" of the text, which can confuse the reader.

In general a symmetrical layout will give a more restful and static design while an asymmetric arrangement is likely to be more dynamic.

A symmetrical design can be very attractive but its very simplicity has pitfalls for the novice. The arrangement will look best if the widest lines come near the top of the layout – an inverted triangle rather than one that is standing on its base.

Asymmetry does not in itself guarantee a lively layout but it makes it easier to achieve. The structure is more flexible and allows you to move the elements on a page more freely.

The visual effect of both styles is very strong. If the styles are mixed on the same spread or even in the same document, they are likely to conflict and the design becomes unwieldly and clumsy.

The right hand column has been spaced out to fill the depth ...

... it looks better, and keeps the same “color” if it is left short. 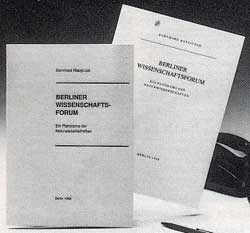 Centred and off-centred layouts create a different impression of the style of the document.

The bottom arrangement is better balanced than the top one because the widest line comes near the top.
The Know How section offers detailed background knowledge to deal with all enquiries about the use of fonts.