Much has been written about the evolution of type: how the forms of our letters took shape, from the roman capitals to the Carolingian minuscules, and how the Latin alphabet was then, essentially, finalized for eternity by the first printing presses of the Renaissance Age.

Looking back from where we stand now, we could say that the original forms of our uppercase letters are around 2,000 years old, while those of our lowercase letters would be over 1,000 years old. And in the last 500 years, neither case has changed in its basic forms. But what has constantly changed are the outlines of the letters, influenced by new inventions in reproduction but also by the unique spirit of each epoch.

Since the invention of sans serif typefaces over a century ago, many new stylistic forms have already emerged. In the following pages, we will attempt to explain the formal transformations which took place and provide a framework for understanding the development of this new form of type. 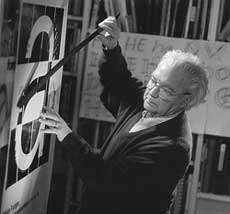