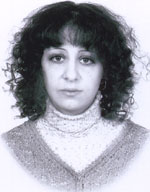 Julia Borisnova Balasheva
Russian designer Julia Borisovna Balasheva created the font Lubok™, a pictogram-based font, in 2003.
The term lubok refers to a popular style of Russian folk art printing, which dates back to the 18th Century. In Lubok, Balasheva has digitised several whimsical characters and animals, which were common in these prints. She suggests that you use Lubok’s symbols to illustrate fairy tales; we suggest that you use Lubok to decorate everything: from your next office party invitation to comic books of your own design!
Lubok was awarded an Honorable Mention in the 2003 International Type Design Contest, sponsored by Linotype GmbH.
The Know How section offers detailed background knowledge to deal with all enquiries about the use of fonts.