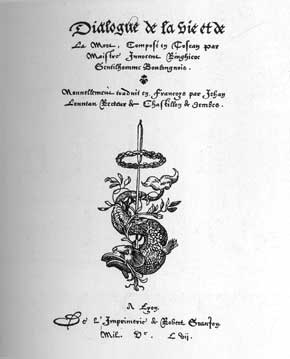 1557 Main Title
Fonts from the Linotype Library in the style of Robert Granjon:
The Know How section offers detailed background knowledge to deal with all enquiries about the use of fonts.