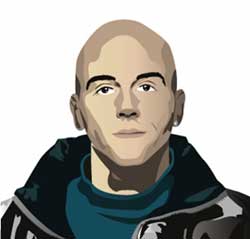 2001 – Creates, as a student project, Type Garage as a support to his type experiments. Has now developed the project as a commercial endevor creating custom fonts for such clients as Dev TV, Morocco, Audioactivity. Has also been developing a series of designs for his type library.