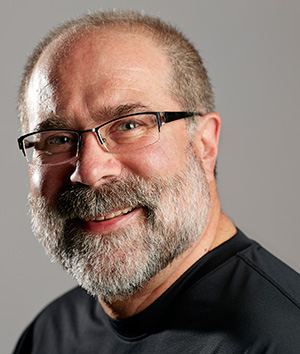 How did you fall in love with type design?
I developed a passion for type design in my early childhood by admiring beautiful handwriting. I asked my father, Lon Wasco who was also a lettering designer, to teach me how to do calligraphy with a broad nib pen. Studying calligraphy started my career in hand lettering and type design.

How many typefaces have you developed until now?
I have developed countless typefaces since 1974. Here is a partial list of fonts I worked on:
1974 to 1989 freelance assisted Jim Parkinson in the Cochin®, and Kennerley revivals, an old Perspective metal type design, and Rolling Stone alphabet additional weights Elephant, Italics and Condensed, done in pen and ink. For other ad agencies I designed the Franzia winery logo, and many other logos for packaging and advertisements. 1985 produced font designs for DHL Express and SFO International Airport at Primo Angeli Inc.
1986 to 1989 produced various font families like Garamond, Goudy™, Eras®, American Typewriter™, Futura®, Stymie, etc. at SlideTek on PC based B-Spline vector graphic system.
1989 to 2002 produced fonts at Adobe Systems. I designed Tekton™ Bold, Mythos™, Tekton GX, Waters Titling™ word ligatures, designed and produced the “Romaji” Latin characters of Heisei Maru Gothic W4 and W8, Adobe Sans and Adobe Serif substitution fonts. I did font production work on ITC Garamond™, ITC Cheltenham®, Albertus®, Castellar®, and critiqued production work from Linotype in Germany and Monotype in the UK. I most recently helped expand Adobe Originals to Pro character sets, Jenson™ Pro, Minion® Pro, Kepler™, Sanvito™ Pro, Cronos™, Calcite™ Pro, and played an important roll in the production of Multiple Master fonts when they were being sold. In all, I was involved with too many fonts to mention them all.
2003 to present produced fonts at Monotype:
For Microsoft designed family of five weights of Segoe based on Segoe Regular.
Directed design production and programmed OpenType features for Segoe® Script and Segoe® Print.
Designed Wasco Sans a font for the gaming and flight simulator groups at Microsoft.
Designed AT&T Sphere Gothic Sans fonts. Designed a new slab serif family for Gatorade.
Directed a new design for General Electric called GE Sans.
Designed and directed production of various non-Latin scripts for Monotype’s Off-The-Shelf Display Imaging products – Armenian, Ethiopic, Khmer, Thai, Arabic, Hebrew and other African language scripts including Tifinagh, N’Ko and Bamum.
Designed an original Geometric Sans font family Harmonia Sans™.
Directed a language expansion project for Edward Johnston ‘s London Transport fonts adding Cyrillic and Greek.
Designed a script typeface based on the original ITC logo by Ed Benguiat called Elegy™.
Designed nine new weights for Neue Aachen™ font family expanding it to 18 fonts including Italic.
Designed swash caps and directed Morris Freestyle™.
Designed ITC Avant Garde® Pro ligatures for the new OpenType version.
Designed Baskerville Cyrillic and Greek for E reader fonts.
Most recently I have been designing character set extensions for Noto Sans for Google.

Is type design what you are mainly doing? What is your profession aside from type design?
I am full time type designer at Monotype. Aside from that I occasionally perform jazz piano and do photography professionally. My hobbies include brewing beer and cooking.

What techniques did you use creating your font and what was the process for creating the design?
Back in 2004, I did a sans serif typeface design for Microsoft X-Box called Wasco Sans. It was a cross between a very square Eurostile design, and a simple Trade Gothic design. I used Wasco Sans as a starting point and modified it to have rounded corners and function as a soft yet sturdy sporting typeface.

Daytona is a high performance typeface …
Please describe the look and feel of your typeface.
Daytona has a sturdy squared look to it based on humanist letterform structure. It is friendly and soft with rounded corners. It is available in a broad range of six weights and a condensed to emphasize power and graceful headlines. A high performance typeface. The letter proportions are narrow for economy of space, and the letter spacing is ample for ease in readability. The letterforms are specifically designed for legibility. OpenType features are included for access to alternate “g”, “&” (ampersand) and “t” letterforms to give the typesetter a choice of different looks.

Are there aspects of the design that you think should be highlighted, or you particularly want the graphic design community to know about your typeface?
OpenType features are included in Daytona. Features include fractions, proportional figures, tabular figures, superscript, scientific inferiors, numerators, denominators, stylistic “g” alternate (Roman only), stylistic “t” alternate, stylistic ampersand alternate (Roman only), standard ligatures, ordinals and kerning. An alternate two-story “g” has been added to the Roman as an option for a more legible design in situations that call for the need to distinguish the “g” from the figure nine in applications such as automotive user interface designs and displays. The default lowercase “a” in the Italic is a more legible two-story form and an alternate single-story “a” has been added to give the user the choice to use a more traditional italic script form. Some of the other letters have unique attributes to minimize the ambiguity associated with letters normally similar to other letters, such as lowercase “l” hook, cap “I” and figure one serifs.

What are the unique details from which you think they distinguish your typeface?
Daytona fits into the category of designs that have a squared blocky look, yet the design is based on humanist letterform structures, which make the design more legible than other squared designs in the same category. The rounded corners add another dimension to soften the squared look giving Daytona a more personal and friendly look.

What was the reason for you to give the typeface its name and what is the meaning?
Daytona Speedway is the name of a race car track in Florida. I wanted to name the typeface something related to sporting competitions. I always had an appreciation for racing cars. Being the type nerd that I am, I love the racing cars plastered with graphics, logos, large numbers and advertisements. The name Daytona jumped out at me as being the perfect name for this design.

Anything else you would like to share?
A customized version of Daytona is being used by ZTE China for a new version of the MiFavor UI for Android phones.
The Know How section offers detailed background knowledge to deal with all enquiries about the use of fonts.