I’ve been asked to tell you about myself and my types. My story begins in Nuremberg, where I was born on 8 November 1918.
Those were turbulent days. On the day I was born, a workers’ and soldiers’ council took political control of the city. Munich and Berlin were rocked by revolution. The war ended, and the Republic was declared in Berlin on 9 November 1918. The next day Kaiser Wilhelm fled to Holland.
To add to the chaos, the Spanish flu took hold of Europe in 1918 and 1919. It is estimated to have killed some 20 million people, more lives than were lost by Germany and the Allies put together during the First World War. Two of my siblings died in the flu epidemic of 1918.

Then famine hit Germany, reaching its peak in 1920. In 1925 my mother was relieved to send me to school, where I received a Quaker meal each day, a program organized by Herbert Hoover, who later became President of the USA.

During my school years I was primarily interested in technical subjects. The librarian in my local library was surprised by all the things I wanted to read. One of my favorite books was the annual "Das neue Universum" ("The New Universe"), which was a wonderful way of acquainting oneself with all the latest inventions and discoveries.

One of the things I did during those years was to build a detector radio, otherwise known as a crystal set, together with my brother, who was four years
my senior. At night we listened to the radio under the bedclothes. Of course we had to keep all our antics a secret from our parents. To ensure that we could do what we liked without being found out, we set up various warning systems in the house - with door handle contacts and the like, low voltage of course. Our master system worked perfectly, sounding a warning bell in the cellar as soon as the garden gate was opened. This went on until the day my father discovered the wires whilst digging in the garden.

Even during those early years, I was already getting involved with types. I invented the strangest forms of secret writing to enable us to exchange information. They were some kind of cross between Germanic runes and Cyrillic, and could only be deciphered if you knew the code. This was around 1930. My despairing mother could not make head nor tail of them. That’s over 70 years ago now, and I suppose they constituted my first alphabetic creations.

When I left school in 1933 my ambition was to become an electrical engineer. But in early 1933 my father became unemployed and he had terrible trouble with the new regime. Prior to 1933 my father had been too involved with the unions and in March of that year he was sent to the camp Dachau for a short time. 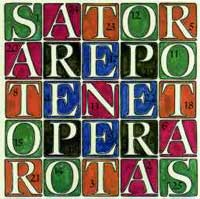