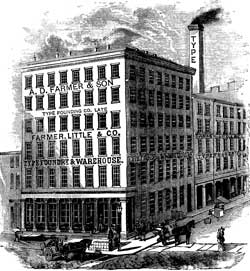 Scottish founders exerted a strong influence on the development of “transitional” types, those being the bridge from “old style” faces like Jenson or Garamond to “modern” designs like Bodoni and Didot The first Scotch Romans were cut by the Englishman Richard Austin; the Scottish typefounders Alexander Wilson and Son in Glasgow cast them.

Scotch Roman is a trademark of The Monotype Corporation and may be registered in certain jurisdictions.