The origins of Bembo® font goes back to one of the most famous printers of the Renaissance, Aldus Manutius. In 1496 he used a new weight of a roman face, formed by Francesco Griffo da Bologna, to print the short piece ’De Aetna’, by Pietro Bembo. This very typeface would eventually be of such importance that the development of print typefaces is unthinkable without it.
The first developmental phase was defined by the influence of the classic Roman forms, indentifiable by the slight slant of the lower case s and the high crossbar of the lower case e, which in time took on less and less of a slant. 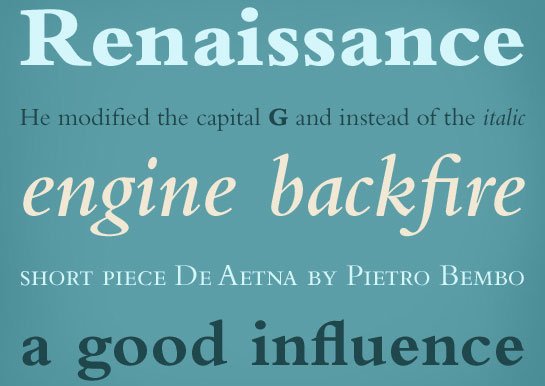 Bembo font sample, combined with Linotype Univers®.
The Monotype Corporation in London used this roman face as the model for a 1929 project of Stanley Morison which resulted in a font called Bembo. Morison made a number of changes to the 15th century forms. He modified the capital G and instead of the italic which Manutius originally had in mind, he used that from a sample book written in 1524 by Giovanni Tagliente in Venice. Italic capitals came from the roman forms.
Bembo is an old face type of unusual legibility. Its timeless classical character makes it suitable for almost any application. 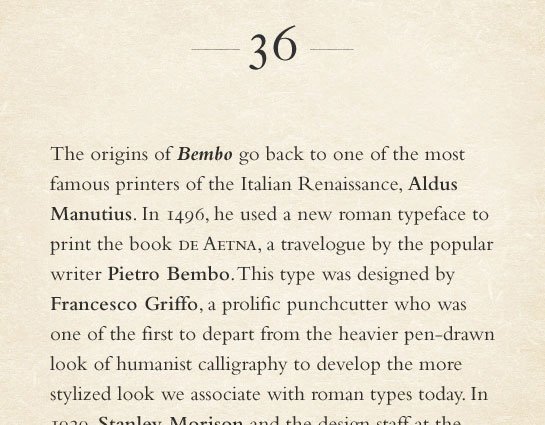 Let the outstanding quality of this typeface convince you.
Download a printable sample of Bembo as a PDF.
Categories