William A. Dwiggins – About the Designer 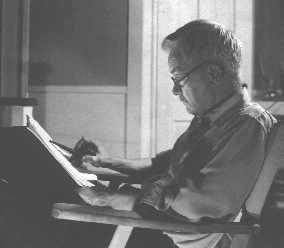 1903–04: runs his own printing workshop in Cambridge, Ohio. 1905–16: commercial artist in Hingham, Massachusetts. 1917–18: director of Harvard University Press. 1919: founds the Society of Calligraphers in Boston and is their president and sole member. 1922: he is the first to use the term "graphic designer". 1923: over the years, Dwiggins designs over 300 book covers for his friend Alfred A. Knopf’s publishing firm. 1928: produces his first type designs for Mergenthaler-Linotype, whom he works with for 27 years. 1929: is awarded a gold medal by the American Institute of Graphic Arts (AIGA).