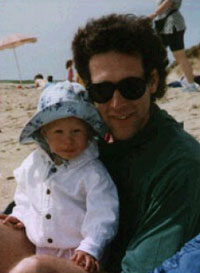 Richard Lipton
Richard Lipton, a native New Yorker, studied art and design at Harpur College in upstate New York and began his professional lettering career in 1974 as a calligrapher, signpainter, and graphic designer. His exhibition and commercial work has been shown internationally. He established a successful freelance calligraphy studio in Cambridge, Massachusetts and in 1983 went to work for Bitstream Inc., an independent digital type foundry. In his eight years at Bitstream, Lipton was prolific in design and production, helping to make Bitstream’s type library one of the most respected in the industry. In his tenure as senior designer, Lipton developed two original type families: Arrus, and Cataneo with Jacqueline Sakwa. In 1991, Lipton started an independent type and calligraphy studio where he designs original typefaces including custom fonts for international clients and pursues his calligraphy. Currently he is a full time type designer at Font Bureau.

12 Typefaces available in:
Show all