Designed by  Lucian Bernhard in 1929

Lucian Bernhard – About the Designer 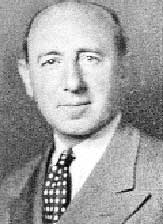 1901: moves to Berlin. 1903: wins a poster competition for Priester matches. 1904: art director of the Deutsche Werkstätten für Handwerkskunst. 1910: works with Hans Sachs on the publication of the magazine "Das Plakat". 1920: professor at the Akademie der Künste in Berlin. 1923: moves to New York. 1928: opens the Contempora studio with Rockwell Kent, Paul Poiret, Bruno Paul and Erich Mendelsohn. Works as a graphic artist and interior designer. After 1930, he primarily works as a painter and sculptor.