Art Nouveau typeface design in Germany was greatly influenced by two artists and their works: Otto Eckmann (1865–1902) and Peter Behrens (1868–1940). In 1900, the Rudhardschen Type Foundry produced a typeface with 16 point sizes that was a typographical novelty and represented the new ideas of the times: the Eckmann® typeface. This typeface was designed with a brush and displays elements of roman as well as black letter styles. In spite of its decorative and ornamental character, it was then used in the design of a number of books. The floral forms were common in Eckmann’s paintings as well. Before he began to devote himself to applied arts and typefaces, he created a large graphic work, which he auctioned in 1894. In addition to his work in the applied arts, he also designed jewelry, furniture and fabrics. One of his most famous signets was the “7” for the magazine “Die Woche”. 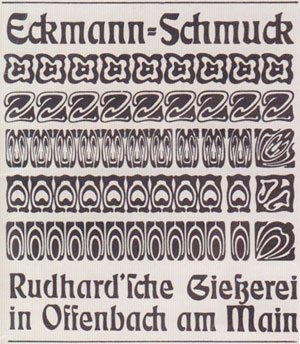 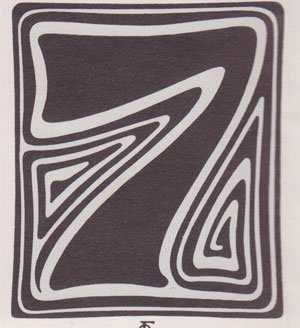 Peter Behrens was after Eckmann the second artist who was commissioned by Karl Klingspor to work for the foundry as artistic consultant. In 1902 he designed the Behrens typeface, followed by Behrens italic, Behrens roman and Behrens mediaeval. He started working as artistic consultant for AEG in 1907. With his ideas for the design of printed materials, he was one of the leaders in the movement toward the concept of modern corporate design. 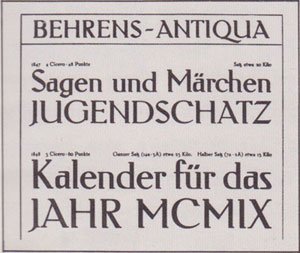