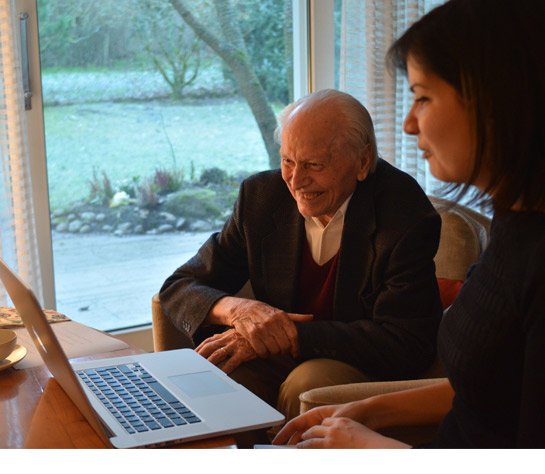 Zapfino Arabic: a decade of collaboration between Hermann Zapf and Nadine Chahine

Zapfino® Arabic is designed by award-winning Lebanese type designer Dr. Nadine Chahine as the Arabic companion to Prof. Hermann Zapf’s ionic Zapfino typeface, with the nod of approval by the legendary designer himself. This is the third collaboration between the two designers during a span of almost ten years, following the design of their Palatino® Arabic and Palatino Sans Arabic, and is the culmination of two years of work. 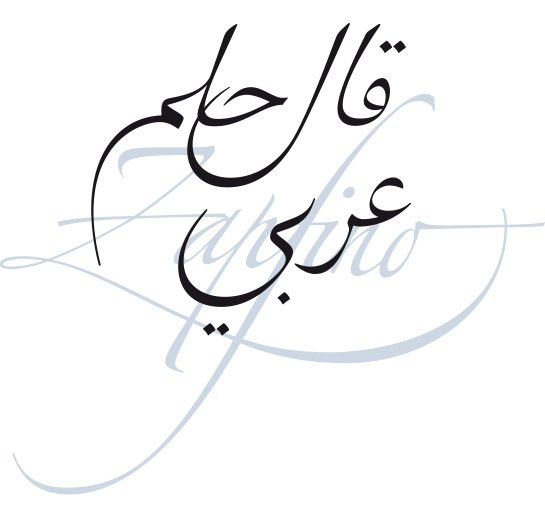 Work on Zapfino Arabic started in the summer of 2012, and after a meeting with Prof. Zapf in Darmstadt in August to look at early sketches, the project was approved and ready to start. The design process took many turns and ups and downs. The difficulty of finding the right structure and rhythm, the technical implementation of contextual alternates, and the reality of juggling several projects at the same time, made this into a very slow moving project. The meetings in Darmstadt took place every few months, and the development of the design was in these stages: The design was finally completed in the summer of 2014, and the final sign off by Prof. Zapf was made in November of that year. 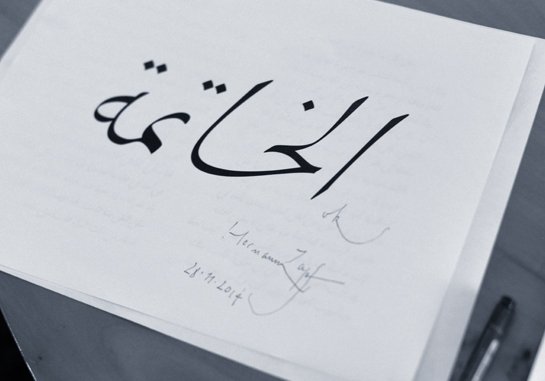 The story of this design is played out on Twitter (via @ArabicType) and Facebook (facebook.com/nadine.chahine). Regular updates about the design progress were posted, as were requests for feedback, and even requests to choose one design version over another. The feedback to the project came from all over the world, both positive and supportive of how the typeface is taking shape.
The reasons for this social aspect were mainly for 2 reasons:

The design of Zapfino Arabic

The design of Zapfino Arabic is an evolution of Arabic calligraphic traditions and combines Naskh and Nastaaliq to form a backward slanted calligraphic style. The character proportions refer to Naskh manuscript traditions but the isolated and final forms bring with them an exaggerated swash-like movement that references the extravagant ascenders and descenders of Zapfino.
The style of the design is delicate and flowing with multiple variants per character depending on the context it appears in. However, a lot of care was given to ensure legibility and the overall pleasantness of reading. The text flows smoothly with a slight slant to the baseline.
Zapfino Arabic is meant to be used as a display typeface, for logos, greeting cards and short headlines. It could also work for short pieces of text, for poetry or chapter introductions, when used in a generous type size and with ample space around it. Its design is soft and elegant, and leaves a lot of room for typographic playfulness. 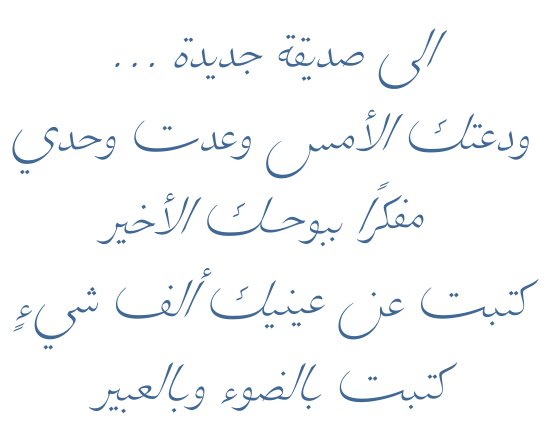 Stylistic sets and other technical details

Zapfino Arabic supports the Arabic language as well as basic Latin, and is in the OpenType font format. The font contains a large number of contextual variants that work to create a smooth flow of pen movement, as well as 10 stylistic sets. The variants are selected via smart OpenType features rather than pre-composed ligatures and this reduces the font size as well as the size of the character set. The stylistic sets can be used to access alternate forms that range from wider characters to changes in flow and rhythm. These are:
Stylistic Sets guide is availble as pdf file (100 kb).
Special attention needs to be given when adjusting the kerning settings. Due to restrictions within InDesign at the time of writing, any changes to kerning between two characters will break the connections of the string to the right of the cursor. Zapfino Arabic employs contextual kerning that helps avoid the creation of white gaps in the text once the character string starts climbing upwards. 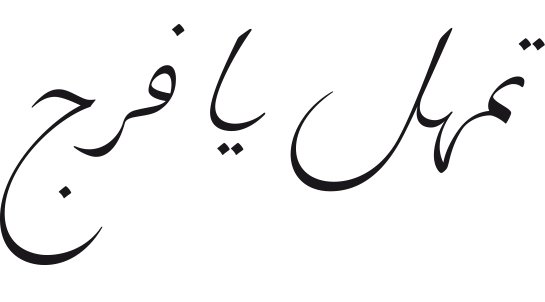 Enjoy this animation with Zapfino Arabic!