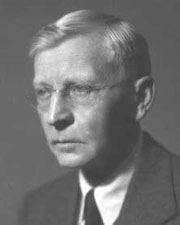 The Linotype decision to rework and extend the Fairfield design into a series was based on a number of considerations. The first, and most important, was that the design has an appeal and a liveliness that adds to the Linotype library. In addition, Rudolf Ruzicka designed the face specifically for Linotype and Ruzicka was recommended to Linotype by Dwiggins. The development plan required us to prepare an eight weight series that incorporates the >Light< weight of the original Fairfield, released in 1940, and the more refined characteristics and weight of the reworked Fairfield Medium, released in 1947. This effort requires the creation of a hybrid that incorporated the liveliness of the original face with the proportions of the Medium and a new fitting scheme that took advantage of the current character unit system. It was then necessary to design a Black weight that would be used to interpolate the two intermediate weights. This cycle was necessary for both the roman and italic forms. In order to round out this offering we decided to include small caps, old style figures and a set of italic swash characters.

Although the above encompasses a large typeface offering we decided to take Fairfield a step further by introducing a new typographic element – the Caption font. The idea was to create a design and weight variation that could be used in place of the roman or italic design for captions. The weight had to be very close to the roman, to ensure that the level of stress, or color, of the captioned area retains a level of importance that competes with the text portion of the document. The italic or slanted form of the Caption font adds a slight textural change. The idea of a specific Caption design is not new. Matthew Carter and Mike Parker, in answer to a National Geographic design problem, created this Linotype solution back in 1976. The problem had to do with the premise that captions within an article are just as important as the text. The reasoning is based on the fact that only a small percentage of the readers actually read the article while most all readers scan the captions. Since the typical italic design could not compete against the roman design, due to its lighter color and texture, a better solution was needed. The Caption font has been designed to carry the roman color but with mixture of italic and sloped roman forms that result in an intermediate change in texture.

The designer assigned to the Fairfield effort was Alex Kaczun. Alex began his career with Linotype in 1976 training with a 35 year veteran of our Letter Design group, John Quaranta. In conjunction with J.Q., Alex had already been involved in the preparation and release of New Baskerville®, New Aster, Primer 54 and the Eldorado series. Minister, an eight weight series released in 1988, was completely designed by Alex based on 2 inch original character drawings of the roman and italic.
The Know How section offers detailed background knowledge to deal with all enquiries about the use of fonts.