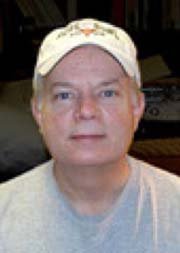 Brian Willson
Brian Willson was born in 1951 in New Haven, Connecticut, and grew up in Austin, Texas. At the end of the 1970s he completed a degree in radio/television/film at the University of Texas in Austin. Willson has lived in Maine since 1980, where he works as a writer and journalist. Since the mid-90s, he has operated the Three Islands Press (3IP) full-time, a design and publishing company founded in Rockland. He has designed fonts since 1993.
The Know How section offers detailed background knowledge to deal with all enquiries about the use of fonts.