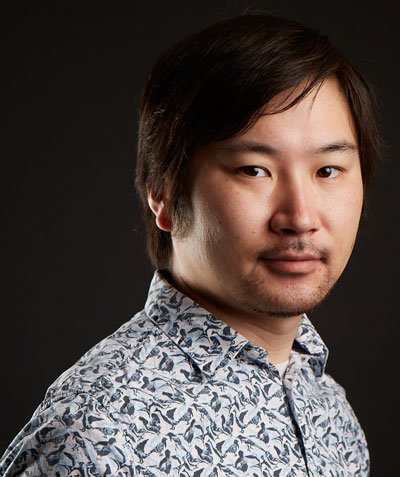 How did you felt in love for type design?
While learning English at school I was often troubled with the little things on Century Schoolbook called serif, which I could never write naturally; for that reason I prefered the other typeface used in the textbook (Helvetica) but some of its letters were still very unnatural. I even wondered if the Latin alphabet was not made by humans. In the end it took a decade to find the answer, and during the search the schoolboy’s question had become a passion for letterforms. I do not know exactly when it happened, but by the time I entered an art university, it was already clear that I loved letters, especially drawing them.

How many typefaces have you developed until now?
A few dozen.

Are you influenced by other typefaces by the design of your typeface?
Other newgrotesque typefaces such as Neue Haas Grotesk, Neue Helvetica, and Univers Next.

What techniques did you use creating your font and what was the process for creating the design?
I digitised the Linotype drawings of Unica as a start. Then I improved consistency of proportion within each weight and across them, removing the details that do not work today (i.e. light trap at junctions). The document released by the original designers, Team ’77, showed more ambitious plan of weights than the typeface eventually had, so I added five more weights to the original four. I also added Greek and Cyrillic, which didn’t exist in the original design.

What was the greatest challenge you faced while creating your typeface?
Just like Unica was intended as an update to Helvetica and Univers, I looked at their modern versions such as Neue Haas Grotesk, Neue Helvetica, and Univers Next. There are more typefaces in this particular genre than in any other, and adding another to it, let alone surpassing the longstanding classics, is really hard to do. At least I tried, very hard.

Please describe the look and feel of your typeface.

Are there aspects of the design that you think should be highlighted, or you particularly want the graphic design community to know about your typeface?
I put a lot of effort in supporting language-specific features, such as ij acute for Dutch, special middle dot for Catalan, and Bulgarian forms in Cyrillic.

For what applications would you recommend your typeface (posters, text, newspapers, advertisements, etc.)?
It can be used almost everywhere for any purpose.