Written by Berthold Wolpe himself, the story of the genesis of Albertus®:
"When I first came to London in the summer of 1932, I met Mr. Stanley Morison. He had seen photographs of some bronze inscriptions of mine which interested him and asked me to design for the Monotype Corporation a printing type of capital letters based on the lettering developed for these bronze inscriptions.
I had been through a fairly thorough training in a bronze foundry and in addition had done gold and silversmith works. Apart from this I was a student with Rudolf Koch and later became his assistant. Rudolf Koch, by the way, had a similar training and it was on his advice that I was apprenticed to the foundry.
On the bronze inscriptions mentioned, the letters were not incised but raised; in other words the background was lowered and the outline only of the letters cut in. Such a metal inscription is cut with a chisel and not drawn with a pen, which gives it sharpness without spikiness, and as the outlines of the letters are cut from outside (and not from the inside outwards), this makes for bold simplicity and reduces the serifs to a bare minimum. 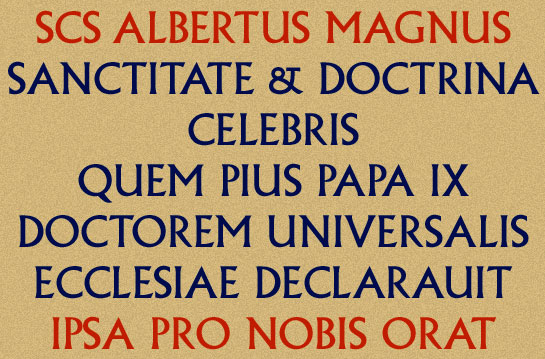 If you were to ink the inscription you could actually take an impression from it which, of course, would reverse the letters in mirror fashion. This sounds fairly easy to convert into a type, but when it came to preparing the working drawings for the cutting of the type careful adjustments had to be made to allow for a smooth working of all the innumerable combinations necessary in a printing type. The discipline involved in making an inscription is considerably less than that required for designing a printing type. But the experience gained in the one was of great help in the other. For instance, I found it justifiable to keep certain letters narrow, such as E, F, L, T, which are often used, as the visual effect is broaded by their horizontal lines. The advantage is especially obvious when these letters are doubled.
A lot of nonsense has been talked about the fact that a printing type has to be designed in a much larger size. In my opinion it should be designed as near as possible to its actual size and then the necessary optical adjustments have to be made for the various other sizes which make up the family. In the case of Albertus there was very little difference between the 72 pt and the bronze inscriptions which set the style."
Let the outstanding quality of this typeface convince you.
Download a printable sample of Albertus as a PDF.
Categories