Let’s take a look at the past:
Being the only technology developed, people drew fonts by switching pixels on and off within a defined square to pack these bitmaps into a font format. In the end they had a character set of hand drawn bitmaps in one particular size appearing on screen.
Although some outline formats were developed later, which were proprietary, they were not really a threat to bitmap fonts. Big raster units were needed, being the only systems to understand this specific format.
With the introduction of PostScript fonts bitmap fonts were supposed to become obsolete. But this was not the case. On the Macintosh platform, where PostScript first appeared, bitmaps for specific sizes still existed, for the simple reason that bitmaps guaranteed a good on-screen display. All other sizes were processed by the rasterizer which was part of Adobe Type Manager™. In the 90s bitmaps for on screen display became more and more irrelevant. The hints of Type 1 fonts and instructed TrueType fonts provided a quite a good on-screen appearance. Without being too specific for one size, these techniques allowed control of the on-screen appearance of a font as a whole. On top this, the process was enforced by the introduction of grey scaling and sub-pixel scaling. These technologies smoothed glyphs and the look appeared to be closer to the desired design, even on screen. 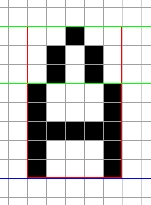 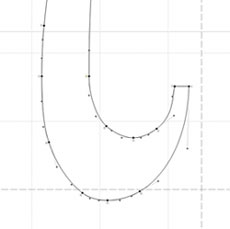