The prizes were given out in a special Award ceremony in Dubai on April 6. As part of the Kitabat: Arabic Calligraphy and Typography Conference, the evening was attended by speakers and conference delegates and special guests from around Dubai and the Middle East.

The event took place in the Fort Island of Madinat Jumeirah, a fantastic location which offers spectacular views of the Souk area and of Burj Al-Arab. The award winners were escorted onto the island by a group of dancers who performed a special festive dance after which the guest enjoyed a sumptuous meal in a friendly and relaxed outdoor dinner.

Linotype’s Managing Director, Bruno Steinert, presented the winners with special Award Certificates as well as an honorary sum. All winning entries will be produced, registered, and internationally marketed by Linotype GmbH.

The main sponsors for the competition gave out prizes to all the winners. Kamel Gaddas, president of Winsoft gave out the Premium and Standard Middle Eastern versions of Adobe Creative Suite. Taj Alsir Hassan, on behalf of the calligraphy magazine Hurouf Arabiya, gave each winner the full collection of the magazine. 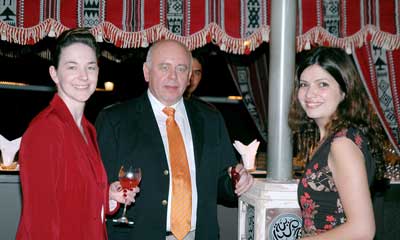 The Award ceremony was organized by Linotype to honor the winners of
its first Arabic Type Design Competition, and it was in conjuction with
the Kitabat conference in Dubai 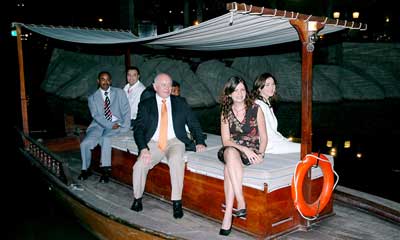 A special entrance was organized: a gondola brought the winners to the
Fort Island 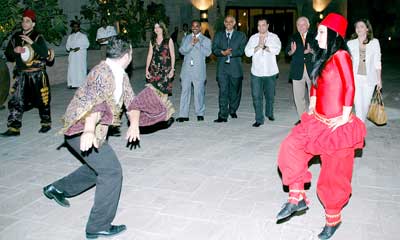 They were greeted with a special dance performance 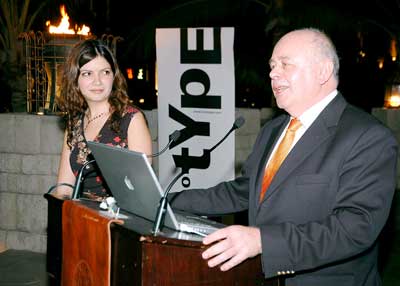 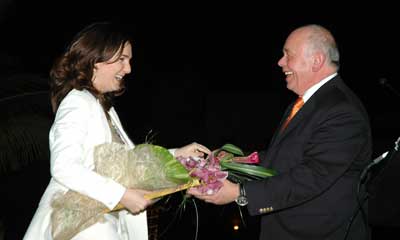 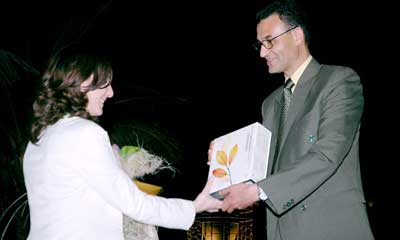 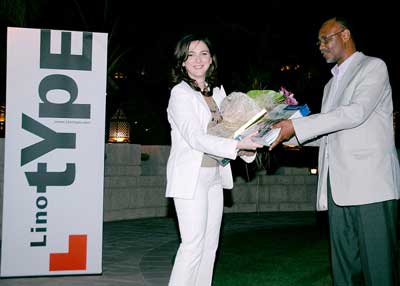 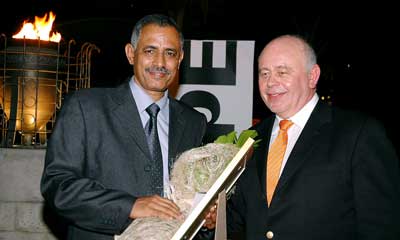 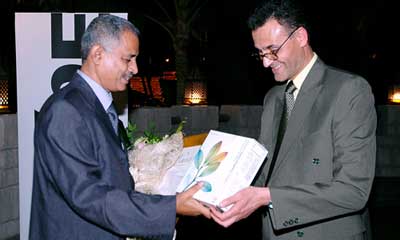