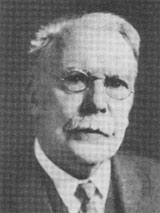 ATF was a conglomeration of over 20 American type foundries. Its most famous employee was probably Benton’s son, Morris Fuller Benton, who worked for ATF for most of his life. The Bentons and ATF are largely responsible for the bringing of sans serif type into mainstream design usage. Throughout the 1800s, sans serif typefaces were limited to advertising and display purposes; they were almost always set very large and black on the page. Today, sans serif typefaces are used all over the world to set text as well as headlines. The breadth of the sans serif medium has grown to rival serif typography in overall usage.

The invention of the pantographic punch-cutting machine separated the designing of typefaces from their production as fonts for the first time. As the 20th Century began, increasing numbers of typefaces appeared that were drawn by type designers (a new profession) but produced by separate punch cutters. This trend continued through several technological developments, and only began to wane during the digital revolution of the 1980s, when many type designers began using personal computers to produce and distribute their fonts.
The Know How section offers detailed background knowledge to deal with all enquiries about the use of fonts.