% Purchase our discounted Family
Value Packs and save money!

Designed by  Emily Conners in 2011

Supports up to 58 languages.

Supports up to 21 OpenType features. 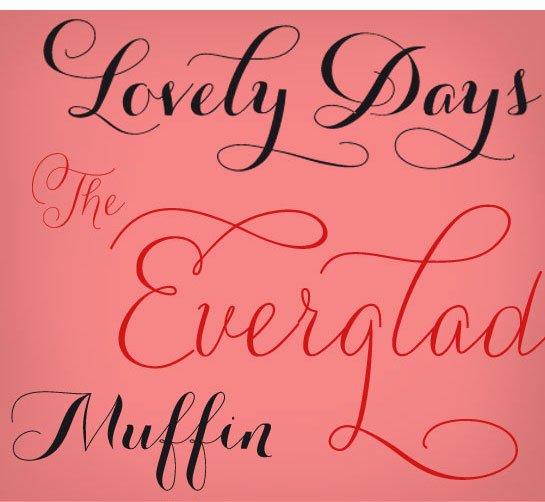 2 Valuepacks available in:
Show all

Direct links to your search results :
From US$ 316
Add to cart Add to cart
Activate Quick Checkout

Direct links to your search results :
From US$ 178
Add to cart Add to cart
Activate Quick Checkout